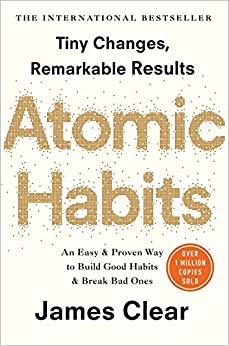 How to Start New Habits and Break Bad Habits

Habits come in various shapes and sizes.  Some are good (exercising, meditating, reading) and some are bad (biting fingernails, swearing, picking your nose).  We often find it is difficult to stop these unhealthy habits and continuously fail in our attempts to start new, healthy habits.

The reason we cannot follow through with these new habits is due to the way we try to implement them.  However, there are proven methods that will get us on the right track of successfully starting new habits (and inversely breaking bad habits).  It begins with understanding how focusing on small changes will have profound impacts over time.

Compounding interest is the interest on a loan or deposit calculated based on both the initial principal and the accumulated interest from previous period (Investopedia).

The interest the second year is not based on the initial $1,000 investment, but on the ending balance after the first year, including the initial $100 interest payment.

It doesn't sound like much, but over a longer time period, this compounding interest can have profound effects.

To illustrate this, if Investor 1 started investing at age 25 and put aside $5,000 a year for 10 years in a row.  After 10 years, she doesn't add any additional money to the account.

Investor 2, on the other hand, waits until he is 35 to start investing.  For 30 years, he adds $5,000 a year to his account every year. After 30 years, Investor 2 deposited three times as much into the account as Investor 1.

The results are not even close.  Investor 1 would have over $175,000 more in her account.  That is the power of compounding interest.

As illustrated above, the longer you receive interest gains, the larger those gains become.  Even the smallest gains amount to something significant over the long haul.

A 1% return per day over the course of a year equates to a 37% increase for the year.  Now, if I asked you to perform 1% better today than you did yesterday, do you think that would be possible?

This idea of compounding interest makes Atomic Habits possible.  Atomic Habits are regular practices and routines that require a small investment, but are the source of incredible power.

A habit is a behavior that becomes automatic once repeated enough times.  This is why habits are hard to form.  Small changes over the short term don't produce the desired effects, we give up.

The key to forming and maintaining habits is to have a system in place that leads to the desired outcome of the habit.

The Four Step Model of Habits

There are four steps to every habit:

The cue is the trigger to start a behavior.  The craving motivates you to take action.  The response is the action itself.  And the reward is the end goal of every habit.

We can further break these steps into two phases:

In the problem phase, the cue is picked up on and the craving kicks in.  In the solution phase, action is taken, and the reward is obtained.

Here is what the habit phases and steps look like:

In this example, drinking coffee becomes associated to waking up.

Now that we understand what defines a habit, its components, and how small changes to our habits can have profound effects, how do we go about changing our behavior?

James Clear once again breaks this down into four "laws":

If you are trying to break a bad habit, the inverse of these laws would apply:

"Until you make the unconscious conscious, it will direct your life and you will call it fate" -Carl Jung

When it comes to cues, many times we don't even notice them.  They can happen subconsciously.  Therefore, you need to have awareness to begin any behavior change.

To increase your awareness, start making a list of daily habits.  Stop throughout the day to think of what you are doing.  To notice what you are doing and write it down.  Highlight which habits are good, which are bad, and which are neutral (for example, waking up in the morning).

People think they lack the motivation to start a new habit.  While that may be true for some, most people probably lack clarity.  Without specifying your intention, you cannot push yourself in the right direction.

One way to accomplish this is to make your intentions specific and write them down.

You can also tie one habit to another, referred to as habit stacking:

These cues should be as specific as possible and immediately actionable.  Instead of, "After lunch I will start the dishwasher," rephrase it as, "After I finish my lunch in the kitchen, I will put my plate in the dishwasher and start it."

Visual cues are also excellent tools.  Try to make them part of your environment.  For example, if you want to start taking daily multi-vitamins, leave them out next to a glass of water the night before.

To break a bad habit, try to make it invisible.  If you are trying to cut back or stop drinking alcohol, avoid situations where you would be tempted to have a drink.  You cannot practice positive habits in a negative environment.

Try reducing your exposure to those cues that cause the bad habits to occur.  For example, if you cannot get work done because you are spending too much time on your phone, leave your phone in the other room.  If watch too much TV, put the TV in the closet.

"Desire is the engine that drives behavior" -James Clear

Without the anticipation that precedes the action, nothing would be accomplished.  The craving leads to the action.  To make taking action appear more desirable, the craving needs to be attractive.

You can build this temptation by linking an action you want to do with an action that you need to do.  This can be done by joining habit stacking with temptation building.

You can also make habits more attractive by associating them with positive experiences.  This stuck out to me, as it is a simple change that gives an entirely different meaning to the experience.  Instead of saying "I have to...", replace it with "I get to..."

These hormones are not only released while taking action.  The same amount of dopamine is released when you anticipate something pleasurable.

Think back to when you were a kid on Christmas Eve.  The anticipation of the next morning opening all the presents under the tree is what you remember.  The event itself never lives up to the expectation, as the same amount of dopamine is released for each event.  As the craving comes before the action, the craving feels stronger.

We can use this to our advantage.  If we think an opportunity will be rewarding, our dopamine will spike up the anticipation.  As dopamine is also related to feelings of focus and motivation, we are more likely to act on the desire.

"The best is the enemy of the good." -Voltaire

It is important to distinguish between motion and action.

Take this article as an example.  I was in a phase of never ending motion before I started writing these words.  Kicking around the idea of writing a book summary and outlining what the summary would look like.

That motion had no risk.  The risk was taking the action of writing the summary and posting it for everyone to read.  We want to push ourselves to be in a state of action, not a state of motion.

The Law of Least Effort

When presented with two similar options, we pick the option that requires the least amount of work.  Therefore, when creating new habits, we want to make them easy to act upon.  By making them easy and convenient, we are more likely to follow through with implementing them.

How to Stop Procrastinating by Using the Two-Minute Rule

To increase the likelihood of following through with a new habit, design it so it takes less than two minutes to complete.  The idea is to make it easy to start.  In the book, James refers to this as mastering the habit of showing up.

He also introduces another tool in our habit forming arsenal, habit shaping.  Start by mastering the first two minutes of the smallest version of the new behavior.  Next, move to a slightly more difficult version of the behavior, still within two minutes, until it is also mastered.  Keep repeating this cycle.

For example, if you want to become a morning person, you can break the process into different phases.

When it comes to breaking a bad habit, you want to make engaging in the habit difficult or impractical.  This can be done by limiting your options to act on the craving.

Going back to the first example of reducing the time watching TV, if you find it impractical to remove the cue itself (the TV), make the action of turning on the TV on harder.  Unplug the TV.  Take the batteries out of the remote and put the batteries in one room and the remote in another room.  Increase the obstacles related to the habit.

"When a measure becomes a target, it ceases to be a good measure." -Charles Goodhart

If a behavior is not satisfying, we will not have the craving to repeat the behavior.  If the reward is not immediate, we are also not likely to repeat it as we did not get instant satisfaction.  We can structure our behaviors to make them immediately satisfying and more likely to be repeated.

Another tactic that can be used here is reinforcement.  An immediate reward can be given to increase the likelihood of repeating the behavior.  I often use this with my children.  If they want a snack before bed, they need to first clean up their toys.  The snack is the instant reward of cleaning.

How to Stick with Good Habits Every Day

The easiest way to stick to good habits is through accountability.  Using a habit tracker makes the behavior obvious, attractive and satisfying.  This tracking should be as automated as possible, and manual tracking should be kept to only the most important habits.  "It is better to consistently track one habit than to sporadically track ten."

It is at this point in the book where I came across the second item that stuck with me.  Never miss twice.  There will be days where life throws unexpected turns and we cannot get to track our habits, or maybe even the habits themselves.

Don't let it deter you.  And don't let it happen twice in a row.  "Missing once is an accident.  Missing twice is the start of a new habit."

It is also important not to let tracking consume you.  Don't let hitting targets or goals become a game.  Every habit tracked is part of the endless feedback loop in your workflow.

I track my habits in Notion and will document how you can create the same system.

As we've seen again and again, minor changes can have profound effects.  By focusing on the four steps of habits and the laws associated with each (cue, craving, response, reward), we can make small changes to implement new habits, and eliminate bad habits.

Make it obvious.  Make it attractive.  Make it easy.  Make it satisfying.

The Sorities Paradox illustrates the effect one small action can have when repeated enough times:

If you enjoyed this summary and would like to us to inform you as we add new content to the website, please join our community and you will receive a weekly newsletter with links to new articles and thoughts on future content. You can also reach me on Twitter, Facebook or email.